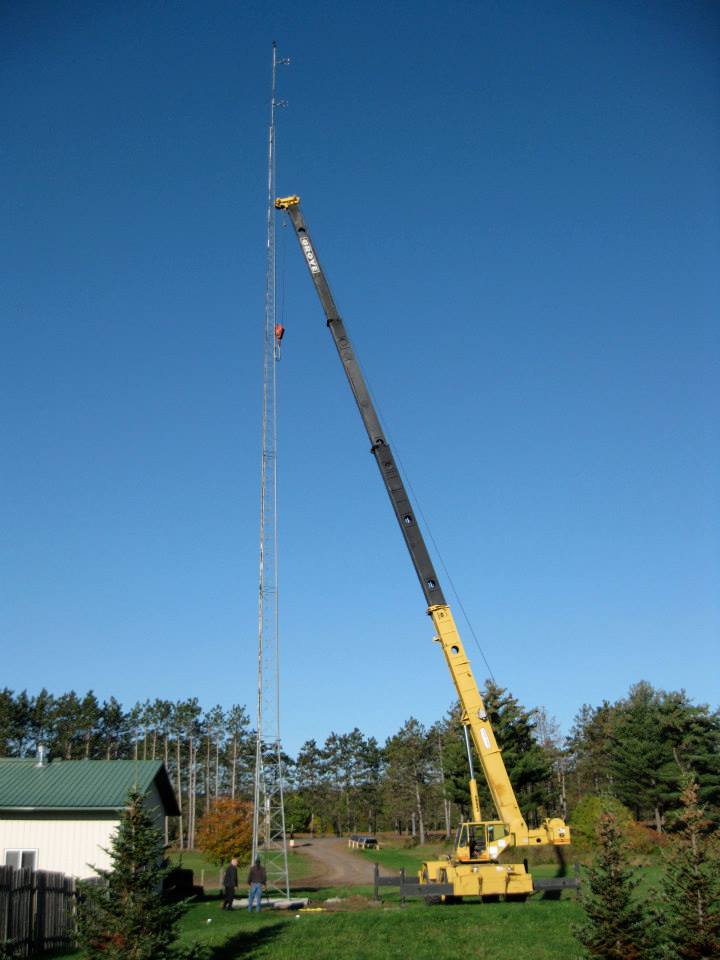 The Lakes Media Foundation is happy to announce that the tower for its upcoming FM station is now standing, moving Lakes 103 ever closer to its inaugural broadcast.

You may recall that the tower started life several decades ago in Cambridge, where it stood downtown, next to the public library. An agreement between the Foundation and Isanti County allowed the Foundation to dismantle the tower and remove it from its former home this past June.

Throughout the following weeks, volunteers worked to refurbish the tower and prepare it for broadcast use.

The project was largely undertaken by two longtime Foundation volunteers/donors. Adapting the tower for its new purpose ended up taking more time and effort than anticipated – but even so, the final result has far exceeded expectations.

Work began with basic assembly and retrofitting with modern hardware. After that, the station’s antennas, feedlines, and other equipment were installed. A footing was designed; the hole was dug, a rebar cage was installed, and concrete was poured and finished. Then, after several test-fits and accompanying minor modifications, the tower was ready to be erected. 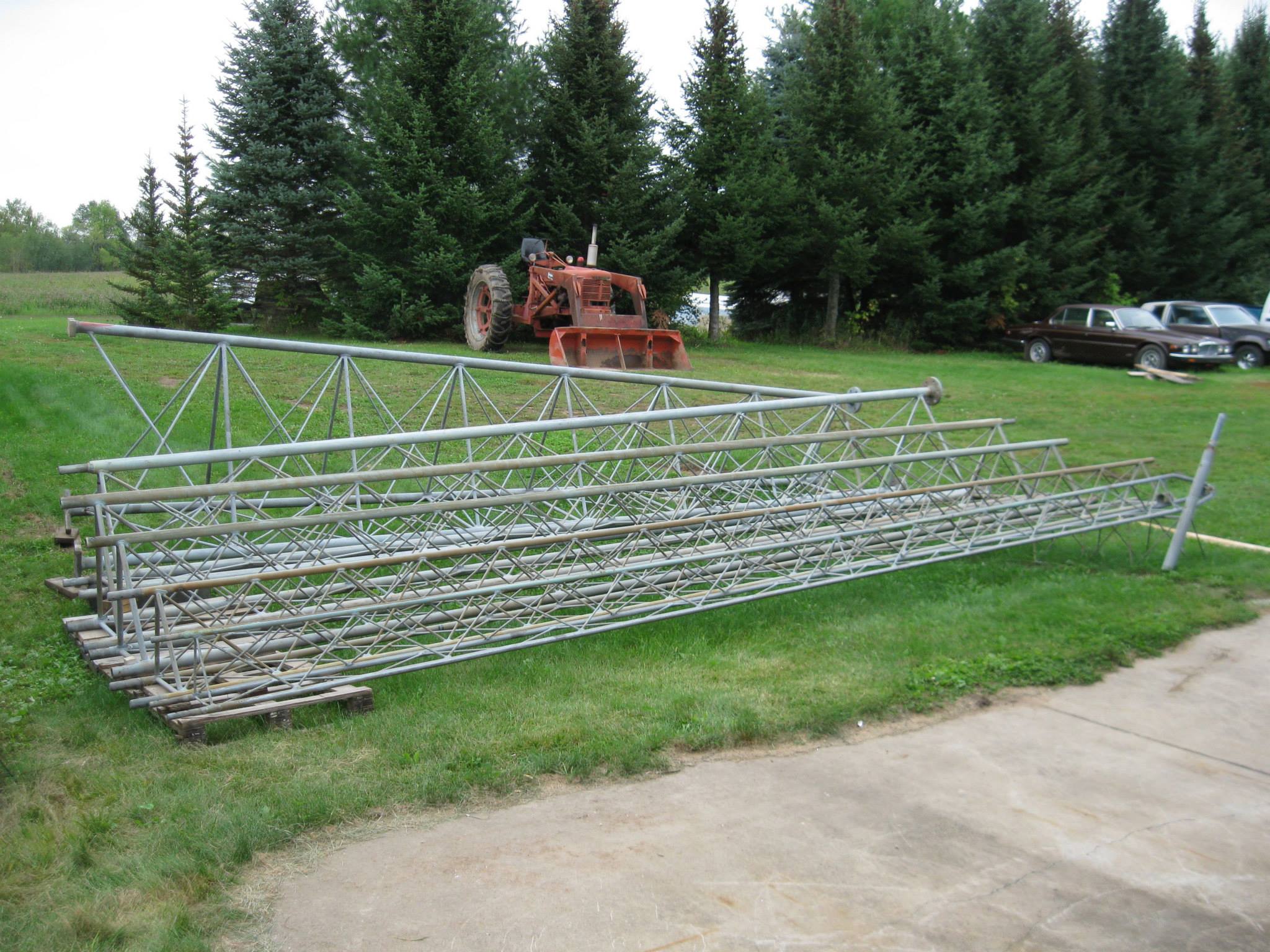 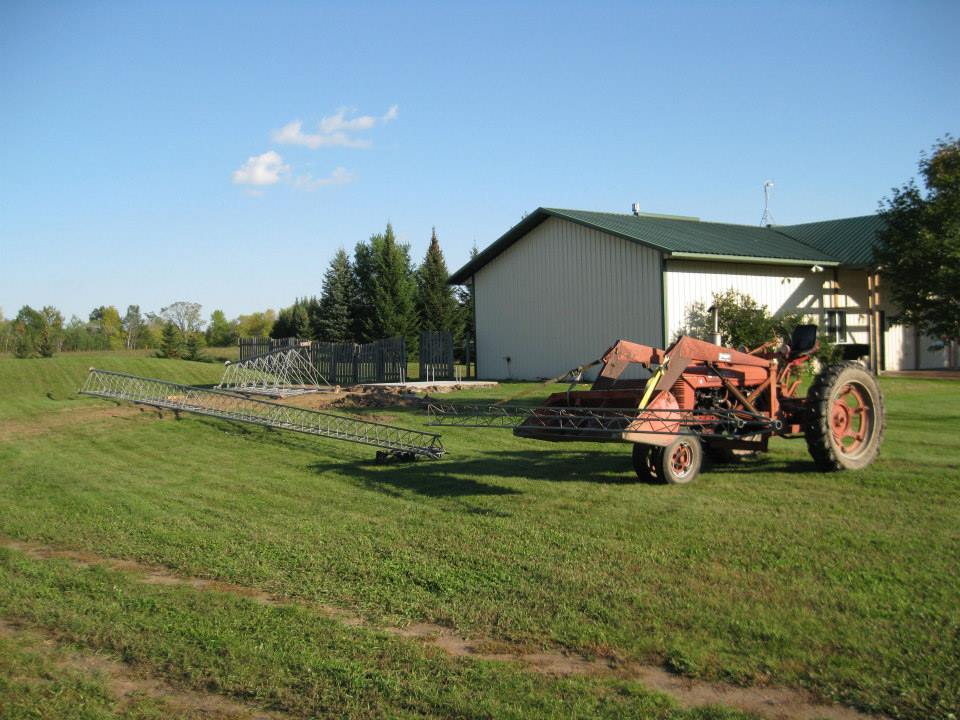 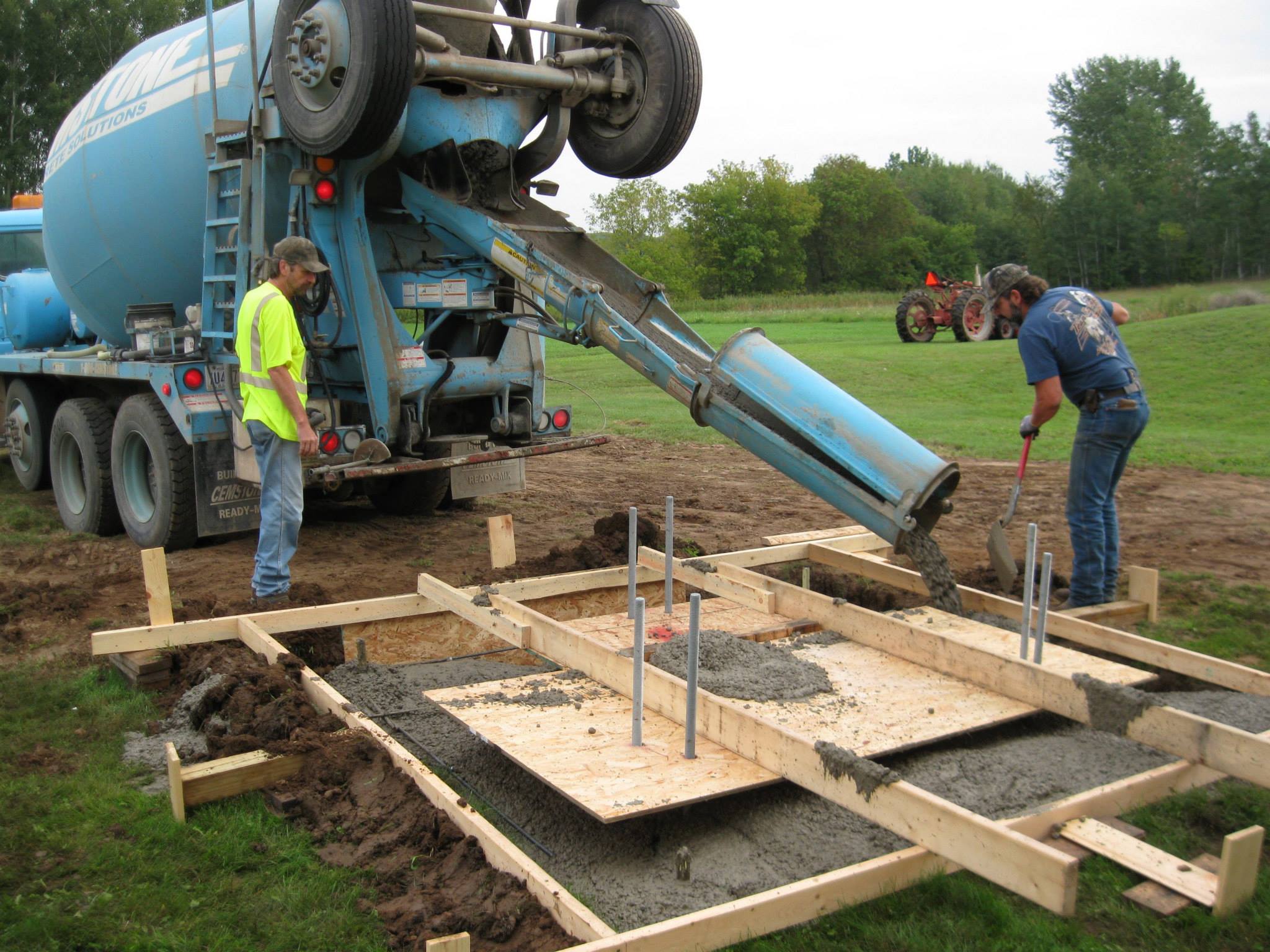 With all the preparations complete, standing up and installing the tower was easily accomplished with the assistance of a crane, provided by a local construction company.

Thanks to our wonderful volunteers, the project was completed without incident, and has resulted in a tower that not only meets our specifications, but will also meet our needs for years to come. 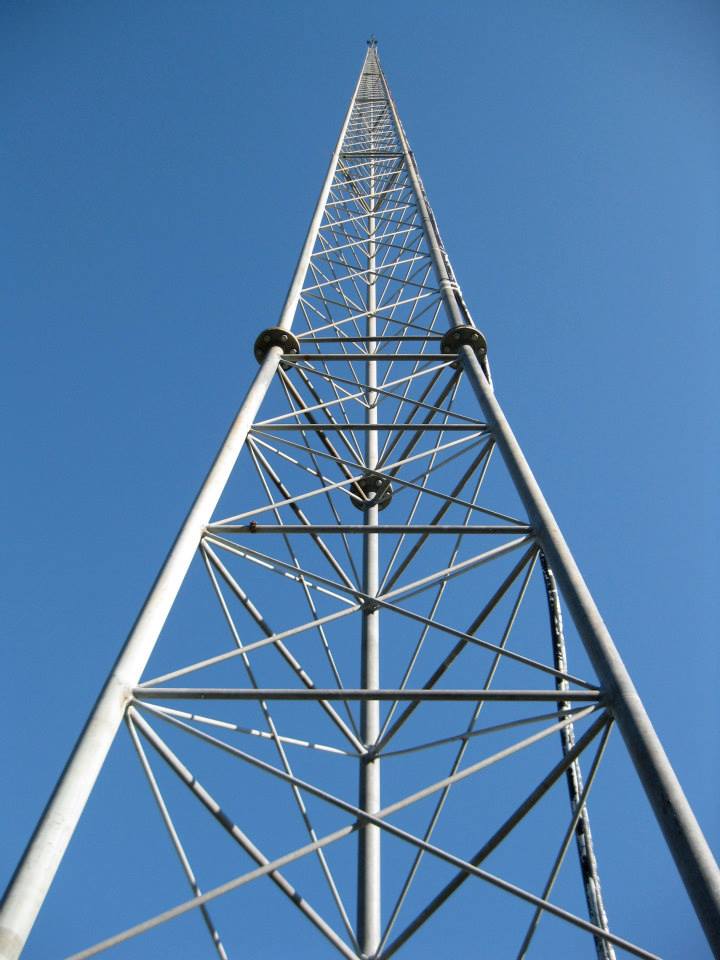 Though this is truly a monumental accomplishment, plenty of work remains to be done. Our technical people are currently preparing for Lakes 103’s first test broadcast, to ensure that all is working properly and to make final adjustments. Meanwhile, other folks are working on tasks related to programming, sponsorship, and organizing processes within the Foundation itself.

Though no official launch date is being announced at this time, we still anticipate project completion will happen sometime this fall.

As this project moves forward, we are constantly reminded of what wonderful donors and volunteers we’ve been given the opportunity to work with. We are extremely proud of the work they’ve done so far, and infinitely grateful for all their assistance.

All of us here at the Lakes Media Foundation look forward to the to the imminent completion of Lakes 103’s facilities, and to serving the Mora area with local, live, non-commercial radio in the near future.